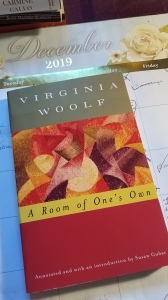 I don’t remember when I read my first romance novel, but I do remember writing my first play in which a romance figured prominently. I wrote a western about a young woman whose father had been killed by bandits, and the local town banker offered to marry her to “save the ranch.” Keep in mind, I was ten-years-old. What my heroine didn’t know was that the banker had paid the bandits to kill her father so the bank could foreclose on the very prosperous ranch.

A young cowboy traveling through town happened to witness the murder and told the heroine, then helped her prove to the sheriff what the unscrupulous banker had done. The cowboy was also the son of a wealthy mine owner from another town and had the money to save the ranch and marry the girl. The hero saved the day then.

In my current work-in-progress, things have changed. My heroine makes her own path, her own choices, and meets her own destiny with a handsome, strong, yet flawed hero at her side who meets and conquers his own demons along the way. They simultaneously prove to each other that they are worthy of the other’s respect and love by owning up to their mistakes, their past, and making conscious decisions to be different in the future in exchange for the love of the other. I don’t feel like this is a radical departure from the halls of historical romance.

Kaye Mitchell writing in The Cambridge Companion to Popular Fiction pokes me in tender places with her statement, “If mass-market romance fiction of the Mills and Boon/Harlequin variety has, in the last couple of decades, become more forward-looking and complex in its depiction of educated and ambitious heroines and its inclusion of more explicit sexual material, it has perhaps had to evolve in order to compete with its more ‘respectable’ offshoot, chick lit” (134). I don’t understand where the ‘respectable’ notion comes into play for chick-lit implying that educated, ambitious, and sexy heroines of past romance fiction aren’t respectable. There are hundreds of ‘educated and ambitious heroines’ in novels published well before Bridget or Samantha ever dreamed of meeting/marrying Mr. Right.

As a historical romance, my novel falls in between the rancher’s daughter and Bridget Jones because it has a female protagonist with a goal and a plan, but unlike the rancher’s daughter and Bridget, my heroine takes all the responsibility upon herself to make her dreams a reality. My wip recalls the early heroines of romance authors Connie Mason and Barbara Cartland while proposing that women have had dreams and goals since the beginning of time.

My heroine doesn’t believe (or comprehend) that she is dependent on men to realize her desires. What interferes is the environment. She is thrust into a harsh situation where it becomes obvious that she must become part of a team to survive the elements. This is where she evolves as a human being when she comes face to face with people and lifestyles different from what she is accustomed to. She adapts and finds a new inner strength that she didn’t know she had.

Mitchell disappoints me when the only time she mentions female empowerment is with, “In addition, although affirmative readings of these memoirs tend to highlight the emphasis on female pleasure and (sexual) agency, that is an emphasis that is often undermined by the content of the texts themselves” (136). Mitchell does a disservice to female agency through the ages by leaving out the fact that there is more to being a woman today and throughout history than place tab ‘A’ into slot ‘B’.

In my story, the heroine knows pleasure, intimacy, and personal satisfaction by applying what she has learned in her education and knows in her heart to help others prosper and live up to their potential thereby bolstering her own worth as an individual. Proving that it is not a flaw to be, in Mitchell’s terms, “gendered, desiring individuals in the world.” That definition is exactly how and why we complement each other.